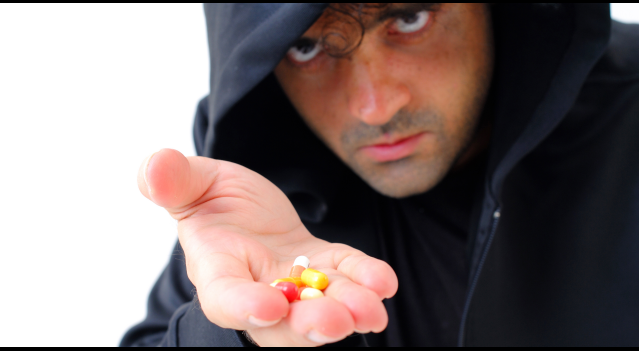 HIV infection rates are on the rise, particularly among gay men. But could a new type of drug treatment – PrEP – be given to people so they avoid catching the disease, asks Mobeen Azhar. For decades sexual health workers have concentrated on the message of always using a condom as the main tactic against the spread of HIV and other sexually transmitted infections.

But certain risky behaviours are on the rise. Illegal drugs like MDMA and speed have long been used on the gay club scene. But now “chemsex” is a growing problem – parties in private homes centred on communal drug taking and sex.

The likes of mephedrone, crystal meth and GHB/GBL (or “G” for short) can increase libido and dramatically decrease inhibition and the desire to sleep.

It’s impossible to know how many men have become infected with HIV while using chems, but condom-less sex is normal for many men on the chem scene. In a study published by the London School of Hygiene and Tropical Medicine, a third of men surveyed described incidents of unintended unprotected sex while under the influence of chemsex drugs.

Simultaneously, HIV infection rates are rising. One in every eight gay men in London is HIV positive.

Kiran is one of them. “Once you try a powerful drug like crystal meth, and if that’s linked to sex, that’s the kind of sex you’re going to want. Vanilla sex just doesn’t compare. Your boundaries shift.”

He began using chems after a break up with his long-term boyfriend. “Sometimes I was safe but when I didn’t use a condom I would see it as a cheeky risk. When I was diagnosed as HIV positive I felt there was no point in holding back at all. I began injecting crystal meth and had absolutely no boundaries. I would try anything when I was high.”

A new type of drug treatment – Pre-Exposure Prophylaxis (PrEP) – could offer protection against HIV infection. People are given a combination of anti-HIV drugs tenofovir and emtricitabine – currently being sold under the trade name Truvada – before they have unprotected sex. The drug is taken as a single pill and halts the replication of the virus, stopping infection.

It has delivered promising results in trials with groups that are at high risk of contracting HIV.

Just over 40% of the men on the study had used chems in the three months prior to joining the study, McCormack says. “We found no HIV infections amongst men who took Truvada during periods of risk. It is extremely effective but it does rely on human behaviour. You do have to take the pill.”

The World Health Organization has recognised that PrEP could dramatically cut HIV infection rates but some critics suggest the drug could encourage condom-less sex. Taking PrEP does not offer protection against infections such as gonorrhoea, syphilis or hepatitis. So could these infections increase if the drug is made widely available?

PrEP should be used in combination with condoms, says McCormack. “There was a slight reduction is condom use among men on the trial who took Truvada but I don’t think it’s a problem what people do in the bedroom unless it generates an increase in infections such as syphilis, gonorrhoea and hepatitis. We didn’t see that in the study. There was no increase. Most people say they have not abandoned their previous strategies.”

McCormack would like to see PrEP rolled out on the NHS.

It would cost considerable sums. She estimates a bill of about £4,300 per person per year. There might be critics who would question whether such sums should be spent on people wilfully exposing themselves to risk.

At a time when the NHS is under acute budget pressure and facing constant difficult decisions over life-saving drugs, could it justify spending millions on PrEP when a cheap alternative – simply using condoms – exists?

But a widespread rollout of PrEP could actually save the NHS large sums, McCormack argues. “A lifetime of therapy for someone that is HIV positive can cost around £11,000 a year. We should also consider that Truvada only has to be taken through periods of risk. We can say PrEP is cost effective.”

Zia is one of 544 men who took part in the PrEP trial. “I have used ‘G’ in the past and I use mephedrone now and again. I was going to the STI clinic fairly often and not always using condoms. The staff told me about the PrEP trial.”

The drug regime has changed his behaviour. “My condom use has gone down in the past couple of months. Perhaps because I’ve settled into PrEP. I use condoms maybe 50% of the time now. Sure I could still get syphilis or hepatitis but most conditions are treatable. Instead of being sanctimonious and and saying ‘just use condoms’, we should see Truvada as an additional choice in the fighting of HIV.”

HIV is not the death sentence it once was. But advances in HIV treatment and the potential impact of PrEP in stopping the spread of the virus do nothing to address the core issues of chem use.

Dave Stuart manages the Chemsex Support Clinic at 56 Dean St, Europe’s busiest sexual health clinic. “This is not just about hedonism. It is about intimacy. Gay men often grow up keeping a secret. They grow up being hyper vigilant and not sharing who they really are.”

The clinic gets a hundred new cases of chem use every month, Stuart says. “They come of age into a sexualised gay scene where they try to navigate hook-up apps, normalised drug use and risky sex. They try to incorporate intimacy, but with no frame of reference. Many of the men that come to see us for help with their drug use don’t understand why they are doing what they are doing.”

After years of chem use, Kiran did seek out help. “I was making myself really sick and taking a lot of time off work. A friend told me about a support group and that changed everything. The last time I used chems was over 14 months ago. I had to learn about my triggers and how to manage my feelings.”

Kiran doesn’t think PrEP would have helped him. “I just didn’t think through what I was doing. I don’t think I would have even committed to taking a pill through periods of risky sex.

“When you are high, you almost challenge yourself to break boundaries and take risks. That’s what these drugs do to you. It’s a drug problem. Not just a sex problem.”

Is It Time To Stop Worrying About STDs?

Understanding the In Vitro Fertilization Cycle