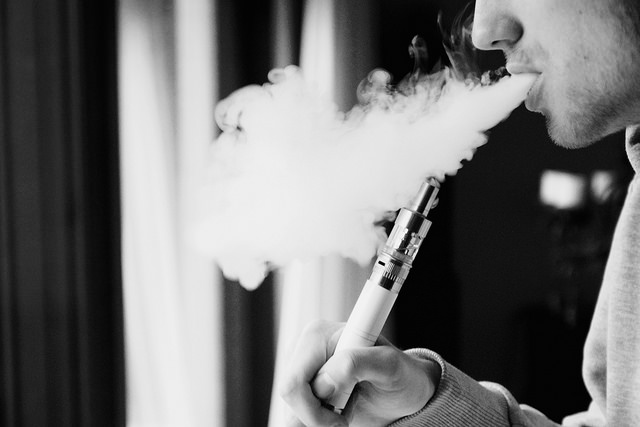 So vaping is now a thing. I’m not sure there’s ever been as viable an alternative to smoking as vapors.It’s still in its infancy, but vaping is going to be much bigger in the future.

While there is still debate over the exact health benefits over cigarettes, vaping is looking to be adopted by more and more people. There are a number of great vaporizers such as DAVINCI MIQRO vaporizer, IQ Vaporizer and Pax 3 Vaporizer. Not only are smokers switching over to vaping, some people are starting vaping without having a single cigarette in their lives.

It smells better and doesn’t bother those around you. Your clothes and hair don’t end up smelling stale. It won’t stain the walls either.

So let’s look at the health benefits.

Smoking is known to dull the taste buds and desensitize your sense of smell. Ever wondered why people who stink of cigarettes don’t know they smell that bad?

If you are a former smoker, it can take a little while for your senses to return to how they used to, however. You might not even notice a difference at first.

No smoke means the small hairs going down your airway and inside your lungs are preserved. Smoking kills these little hairs off. They’re designed to help prevent infection.

Wonder why smokers get chest infections and bronchitis easily? Now you know.

As a vaper, you won’t have to worry about this as no smoke is being inhaled. In theory, your teeth should be protected too.

In addition to this, you may see improvement in your lung capacity. If you’ve struggled with stairs or jogging before as a smoker, you might be better at keeping your breath as a vaper.

We’ve all seen the adverts about linking heart disease and smoking. Fatty deposits build up in your heart as the arteries begin to narrow.

This is the most troubling effect of smoking. It takes a very long time to manifest, but if you’ve been a smoker since you were a teenager you could be at risk.

Vaping isn’t totally risk-free for your heart because of the nicotine, but it’s definitely safer than conventional cigarettes.

It’s a bit of a superficial benefit, but who really wants stained fingers anyway?

If you’re a smoker looking to make a few changes, getting a vapor might be the way forward. All you need to do is find a stockist like those at www.davincivaporizer.com, and pick a design and smell you like.

Vapors do not taste like the liquid they’re filled with, but they will let off whatever pleasant aroma you insert. If you’re a coffee fan, there are cappuccino liquids available so you can get that freshly brewed smell when you vape.

Even if you’re looking to quit, vaping might make for a better tool to wean you off cigarettes than gum or patches.

With smoking as a habit dying out, vaping may be taking over.