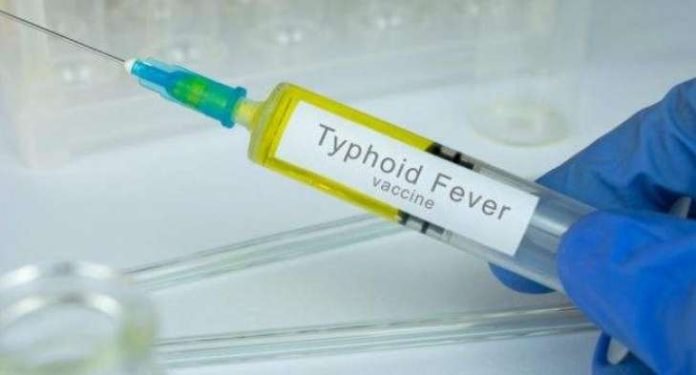 A new typhoid vaccine works “fantastically well” and is being used to help stop an almost untreatable strain of the infection, doctors say.

Cases of the bacterial disease fell by more than 80% in trials, published in the New England Journal of Medicine.

Experts said the vaccine was a game-changer and would reduce the “terrible toll wrought by typhoid”.

Nine million children are being immunised in Pakistan, where typhoid is now extremely resistant to antibiotics.

What is typhoid fever?

It is a disease of poverty, most common in countries with poor sanitation and a lack of clean water.

It causes fatal complications, such as internal bleeding, in one in 100 people.

Precise numbers on typhoid are hard to collect but it affects between 11 and 21 million people around the world each year and kills 128,000 to 161,000.

What happened in the trial?

More than 20,000 children – aged from nine months to 16 years – in Kathmandu Valley, Nepal, took part in the trial.

Typhoid is a major public-health problem in the area.

Half of the children were given the vaccine and their cases of typhoid fell by 81% in the first year of the study.

“The arrival of this vaccine to control the disease is a pretty exciting moment.”

The children in Nepal, as well as those taking part in trials in Malawi and Bangladesh, will now be followed to see how long protection lasts.

Why is a vaccine needed?

The World Health Organization has warned typhoid has acquired a “crazy amount” of antibiotic resistance and the world is “reaching the limit” of current treatments.

With rapid urbanisation in the developing world, the most effective preventative measure – clean water and flushing toilets – is unachievable for many countries.

And while there are two typhoid vaccines already available, neither is licensed for children under the age of two, so the most vulnerable people are unprotected.

How bad is the situation in Pakistan?

Pakistan has an outbreak of what is called extensively drug-resistant (XDR) typhoid fever.

“Right now in Pakistan, a strain of typhoid has developed resistance to all but one of the antibiotics we use to treat the disease, threatening to take us back to the days when typhoid killed as many as one-fifth of the people that contracted it,” Dr Seth Berkley, chief executive of Gavi, the Vaccine Alliance,

It started in Hyderbad, in Sindh province, in November 2016 and more than 10,000 people have been infected.

Gavi is now paying for nine million children to be vaccinated and Sindh province will now become the first region in the world to add the vaccine to routine childhood immunisations.

Dr Berkley said: “This vaccine is a game-changer in the battle against typhoid, it also couldn’t have arrived at a better time.

Prof Pollard added: “It is really exciting to have a new intervention, in a very rapid space of time, that can not only prevent the disease but help in the fight against anti-microbial resistance.”