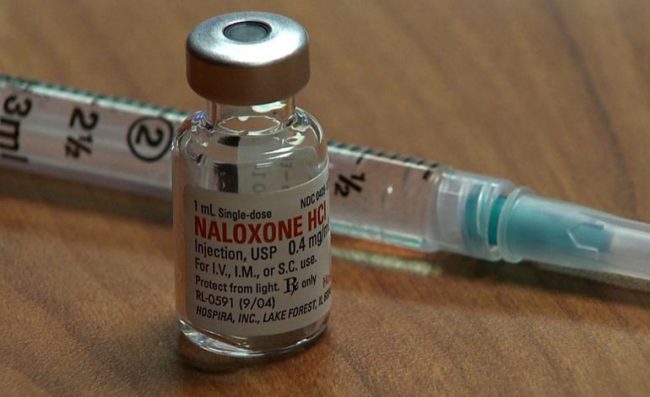 An advisory panel to the U.S. Food and Drug Administration on Tuesday recommended prescribing the opioid overdose reversal drug, naloxone, along with addictive painkillers.

The panel, which concluded a two-day discussion on ways to make the potentially life-saving drug readily available, voted 12-11 in favor of labeling changes for opioids that recommend co-prescribing the overdose antidote.

The recommendation of the panel underscores concerns about the growing opioid overdose epidemic that claimed the lives of more than 49,000 Americans last year.

The prescription of naloxone could facilitate a healthy dialog between patients and the healthcare provider, Maryann Amirshahi, a panel member who voted in favor, said.

Naloxone, when administered quickly, helps reverse the effects of opioid overdose and thereby save lives.

FDA studies found that co-prescribing naloxone to all patients who are prescribed painkillers could increase annual healthcare costs by $63.9 billion to $580.8 billion.

“I think co-prescribing is an expensive way to saturate the population with naloxone. The at-risk population is not necessarily the ones that are being prescribed new narcotics,” Mary Ellen McCann, associate professor of anesthesia at Harvard Medical School, who voted against the decision, said.

“I’m concerned about a person going in with a broken arm and ending up with $30 of a codeine product and a (naloxone) autoinjector at $4,000 plus.”

However, Robert Kramer, chief operating officer of Emergent BioSolutions Inc, which bought Adapt Pharma this year, called the FDA’s cost estimates “inflated,” saying that the number includes the cost of Narcan along with Kaleo Inc’s Evzio that costs over $4,000.

“A fully implemented co-prescription program targeting opioid prescription associated with the highest risk of opioid overdose would cost an estimated $115 million per year as opposed to the $64 billion number,” Kramer said.

Naloxone is currently made available through distribution and prescription programs in pain clinics and opioid treatment centers as well as “take-home” programs among high risk patients.