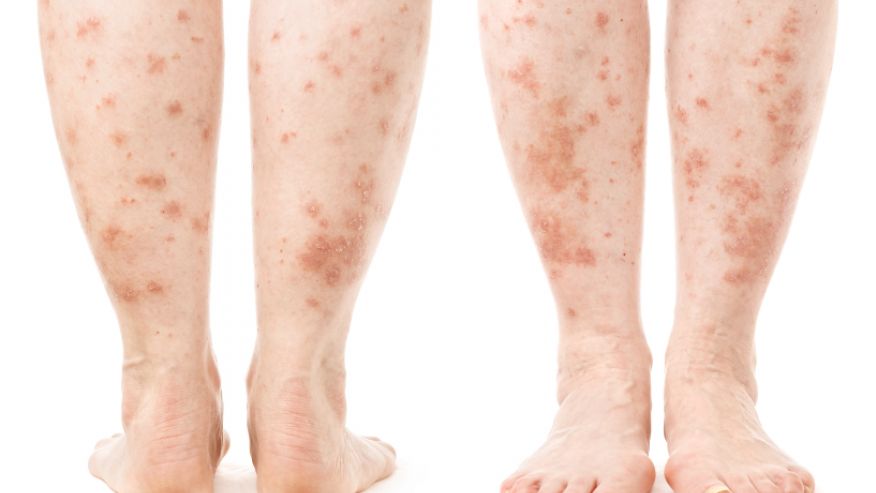 An irritating skin condition may mean there is irritation in your blood vessels, too, a new study finds.In the study of people with psoriasis, an inflammatory skin condition, researchers found that the severity of a person’s psoriasis was linked to the amount of inflammation in the blood vessels, a factor that increases risk of heart disease.

Patients who had more severe psoriasis also had higher levels of inflammation in their blood vessels, according to the new study, published Oct. 9 in the journal Arteriosclerosis, Thrombosis and Vascular Biology. [Heart Disease: Types, Prevention & Treatments]

The study “provides strong evidence that what is seen on the outside in terms of skin disease severity is mirrored on the inside in terms of blood vessel inflammation,” said Dr. Nehal Mehta, an investigator at the National Heart, Lung and Blood Institute and the senior author on the study.

“This is strong evidence for psoriasis being important in the development of vascular inflammation,” Mehta told Live Science.

In people with psoriasis, skin cells rise from the skin’s lower layers to the surface of the skin too quickly, which doesn’t leave enough time for the old skin cells to fall off, so the dead skin cells build up to form thickened patches on the surface. This leads to redness and irritation. The disease affects up to 3 percent of adults in the United States, according to the study.

In the study, the researchers looked at 60 patients with psoriasis and 20 people without psoriasis. The researchers used a scoring system to rate each patient’s psoriasis on a scale from mild to severe.

To measure blood vessel inflammation, the researchers used PET/CT scans — the study participants were injected with a radioactive sugar that makes inflamed blood vessels appear as bright spots on the scan.

Mehta noted that while the study doesn’t prove that having psoriasis causes inflammation of the blood vessels, it does bring scientists one step closer to establishing cause and effect.

The researchers also used blood tests to explore the mechanisms that might explain the link between psoriasis and inflamed blood vessels, Mehta said. They found that levels of immune cells called neutrophils were higher in patients with more severe psoriasis, he said.

Neutrophils play a role in both psoriasis and blood vessel inflammation, the researchers wrote.

The new study “provides important mechanistic actions behind the observation that patients with psoriasis have worse vascular disease independent of known vascular risk factors,” said Dr. Robert Kirsner, the chairman of the department of dermatology at the University of Miami’s Miller School of Medicine, who was not involved with the study.

Although there have been some mechanism studies in the past, none have looked at neutrophil activity, Kirsner told Live Science. This adds to researchers’ knowledge and provides potential targets for new medications that could be used to treat the condition, he said. Currently, there is no cure for psoriasis, however, there aretreatments that can help patients manage the condition.

Researchers aren’t yet sure if treating psoriasis could reduce a patient’s risk of cardiovascular disease, Mehta stressed that patients with psoriasis should maintain a heart-healthy lifestyle.

This includes staying active, eating a balanced diet and avoiding smoking, Mehta said. Psoriasis patients should also ask their health care providers to screen them for other heart disease risk factors, such as high cholesterol, high blood pressure, obesity and diabetes, he said.

Kirsner agreed that psoriasis patients need to be aware of their cardiovascular disease risk.

“Ten or 15 years ago, we’d tell patients that they didn’t have to treat [their psoriasis], but now we say there’s a risk associated with that decision,” Kirsner said.