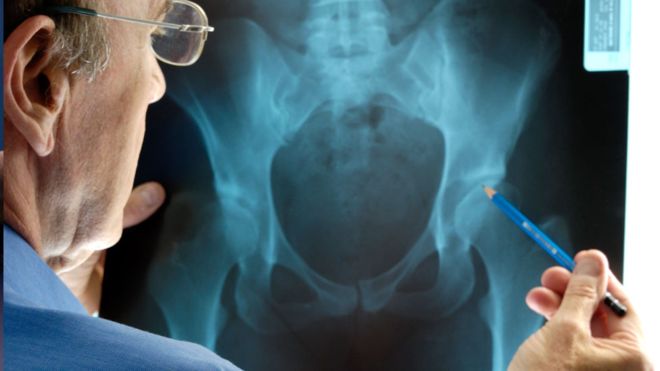 This is much longer than believed, the researchers said, and the findings will help patients and surgeons decide when to carry out surgery.

To date, there has been little data on the success of new hips and knees.B

Hip and knee replacements are two of the most common forms of surgery in the NHS, but doctors often struggle to answer questions from patients on how long the implants will last.

‘May last even longer’

Nearly 200,000 of the operations were performed in 2017 in England and Wales, with most carried out on people between 60 and 80 years old.

“Given the improvement in technology and techniques in the last 25 years, we expect that hip or knee replacements put in today may last even longer.”

Wendy Fryer, 80, had a hip replacement 17 years ago and it has completely changed her life.

“I was in agony beforehand, It was horrendous,” she said.

“I used to cycle to work but had to stop. But the very next day after the operation, it was like magic, the pain had gone.”

“The worst thing you can do is become a couch potato,” Wendy says.

“This is great news. Orthopaedic surgeons are working to provide hip replacements that will last, as our population ages and lives longer.”

“We are now so confident in hip replacement surgery that we can offer it to younger, more active patients, to relieve their pain and keep them active,” Mr Skinner said.