Remember the ‘old wives’ tale’ about not eating our bread crusts would mean we wouldn’t get curly hair?  Or, ‘step on a crack, break your back’?  Health myths have been around for centuries, but is there any truth to any of them?   Read on:

If you’re taken in by myths, carrots are excellent for an abundance of ailments. Throughout the years, they have been associated with helping cure everything from snakebites to STDs. However, one of the most popular comments is that carrots can help you see in the dark.

Unfortunately, this news was propaganda which stems back to the Second World War. It followed the British Royal Air Force creating the fabricated tale that the vegetable was attributed to fighter pilot Jon ‘Cats’ Eyes’ Cunningham’s great skills. This led to it being mandated for people to eat their carrots, as it would help them see better during the blackouts. Carrots are a nutritional vegetable and, while it can’t improve your vision, the levels of vitamin A and lutein can actually be beneficial for overall vision health.  So, if you’re not already, why not try going organic and have a go at growing your own?

Have you ever been told to place onions in your socks if you have the flu? Although it sounds odd, some swear that this is a great remedy. The concept is that, because onions are slightly acidic, there can be antibacterial results when rubbed against things. Unfortunately for the believers, onions in your socks hasn’t been found to aid your recovery. As viruses require direct contact with a human being to spread, this wouldn’t allow an onion to draw the virus in and absorb it. Therefore, this myth appears to only work as a placebo effect.

As the myth goes, if you place a bar of soap under your bed sheets, you’ll relieve muscle cramps, especially in your lower legs. While those who perform this method stand by it, there is no plausible or scientific explanation that has been given to suggest that this actually does work.

However, if you suffer from lower leg cramps, it’s probably wiser to try proven techniques. This includes reducing your caffeine intake on a nighttime, stretching your calf muscles before bed, and increasing your intake of essential electrolytes, including potassium, calcium and magnesium.

Although the preconception is that cracking your knuckles can cause arthritis, research shows that more than half of us actually do it. It’s also stated that men are also more likely to do it. The popping noise and sensation is created by the spaces between the joints increasing, which causes gases dissolved in the synovial fluid to form microscopic bubbles. These bubbles then merge into larger bubbles and are popped by additional fluid that has filled the enlarged space.

While it’s suggested that cracking your knuckles could cause wear and tear in the same way that a mechanical joint would get, there hasn’t been enough time spent researching this fact. However, a study from 2010 claimed that there was no difference in the prevalence of osteoarthritis between those who did or did not crack their knuckles. In other words, crack on… for now!  If you are worried though, it could be worth looking at a supplement for joints.

This isn’t exactly a myth in the true form as some of it is actually good advice. The folklore of starving a fever has been around for hundreds of years, with some medical historians linking it as far back at the 1500s. Back then, doctors believed that a fever was caused because your metabolism was in overdrive.  However, you shouldn’t starve your fever, modern-day experts have warned. Doing so means you’ll have a lower calorie intake, which can then make it more difficult for your body to fight off the flu virus.

According to research, if you eat less during the early stages of bad infections, it will have a dangerous effect on your body. This means that most experts will dismiss the starve-a-fever comment as purely folklore.

From a young age, we’re told not to swallow our chewing gum. Some of us may have been scared off swallowing our gum as it will stay in our system for seven years. While it’s not particularly advisable to do so, you can relax — this is a decades-old bit of folklore, according to pediatric gastroenterologist David Milov of the Nemours Children’s Clinic in Orlando. He explained: “That would mean that every single person who ever swallowed gum within the last seven years would have evidence of the gum in the digestive tract. On occasion we’ll see a piece of swallowed gum, but usually it’s not something that’s any more than a week old.”

Of course, there are a whole host of myths than can be quashed easily. Without having the facts and figures, don’t play with your health. If you want clarification of an ailment, make sure you speak to your GP before believing old wives’ tales.

What Treatments Does a Pain Management Clinic Offer? 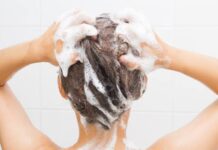 How To Wash Your Hair Properly