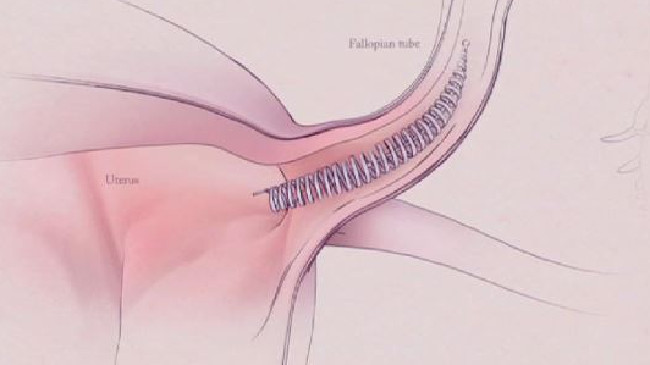 A woman named Leslie, who had to go through hysterectomy, warns women about the contraceptive device, Essure and its side effects that include menopause. After she had her hysterectomy her gynecologist believes that this birth control device is not safe. Leslie’s gynecologist recommended the device as a safer alternative for preventing unwanted pregnancies. Leslie is a former policewoman and is in excellent health, she went off the pill once it started affecting her blood pressure so instead she had the device implanted.

Some Essure side effects
Soon Leslie was going through menopausal symptoms. She was also suffering from a stabbing pain on the right side of her abdomen. She checked the internet to see whether there were any side effects to the device, and she soon found herself finding a lot of them. Her gynecologist told Leslie to stop referring to the internet but when she was told by Leslie about how she would bleed after intercourse, her gynecologist ordered her to get a transvaginal ultrasound done. The ultrasound showed cervical polyps and a fibroid tumor that was growing outside of Leslie’s uterus. Her gynecologist soon arranged a surgery to have the device removed. Leslie then filed a lawsuit against the device. She claims that she is better after she had her hysterectomy done.

Essure can cause nickel allergy
Leslie also shared the story about her nickel allergy. She told how her husband got her an Apple watch. But after wearing it for two weeks she suffered from a circular rash on her arm from the metal on the watch fastener. So she stopped wearing the watch and it took about two weeks for those burn-like marks to go away. It was clear that Leslie was allergic to nickel. Now the question is what was the contraceptive device actually doing to her body?

The Essure representative told her gynecologist that it was the doctor’s fault, the one who had not implanted the device correctly. Leslie is still under the care of her gynecologist. She feels disgusted by the fact that there is a contraceptive device in the market that is causing women to suffer from extreme health issues causing them to take drastic measures, hysterectomy included. And because of this defective device women have suffered from organ perforation, and have lost their organs. Leslie claims that these Essure adverse reactions and the risks associated with it are underreported, mainly because of the fact that they can mimic menopause, but these complications are still life-threatening. Leslie’s story has helped some gynecologists not recommend the product to their clients.