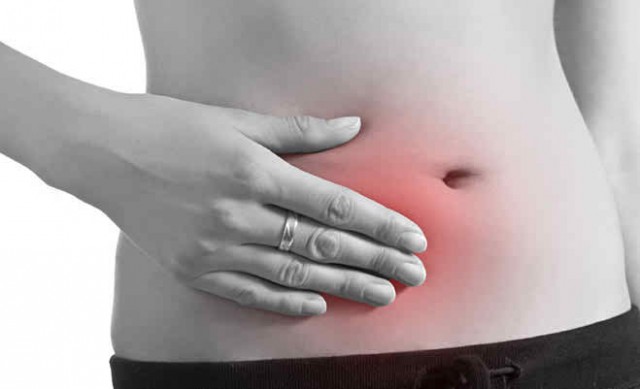 A gel that “sticks” to affected tissue and delivers medicine gradually over time could help treat some inflammatory bowel problems, researchers say.

Patients with ulcerative colitis often have to rely on medicine given by enema, but this can be uncomfortable, messy and inconvenient.

Now a US team has developed a hydrogel that attaches to ulcers and slowly releases a drug to help treat them.

The early findings are reported in the journal Science Translational Medicine.

Ulcerative colitis is the most common form of inflammatory bowel disease and mainly affects young people.

It causes inflammation and ulceration of the inner lining of the rectum and colon.

Medicines taken orally are often broken down before they reach the affected area.

Delivering the drug more directly through an enema – which has to be done regularly – can also be difficult and inconvenient for patients.

To overcome this problem, US researchers took a gel called ascorbyl palmitate, which is safe and already approved for use in humans.

In tests in mice and on bowel tissue from patients with the disease, the gel was shown to selectively attach to areas of inflammation.

The gel could also be loaded with a corticosteroid drug used to treat inflammation.

They designed the drugs to be held in place until the gel was broken down by enzymes present in inflamed tissue.

Experiments showed the drug was released at sites of inflammation and, in mice, could be given every other day rather than daily.

The team also used lower concentrations of the drug in the bloodstream compared with traditional enemas so reducing the exposure – and possible side-effects – in other areas of the body.

Study leader Dr Jeff Karp, from Brigham and Women’s Hospital in Boston, said the next step was to test a different drug commonly used in the clinic and if that went well, to start trials in humans within a couple of years.

“We’re hopeful that this technology will allow patients to take an enema once a week rather than every day and without systemic side-effects or the need to retain the enema, as the gel quickly attaches to ulcers, ultimately improving their quality of life,” he said.

Dr Ayesha Akbar, a consultant gastroenterologist specialising in inflammatory bowel diseases and spokeswoman for the British Gastroenterology Society, said it was an interesting and exciting concept.

“The idea does make complete sense, especially for patients with ulcerative colitis,” she said.