U.S Food and Drug Administration have extended the use of Prevnar 13 vaccine for people who are in age 50 and plus. Prevnar 13 is a Pneumococcal 13-valent conjugate vaccine used to prevent Pneumonia and invasive disease which is caused by the bacterium Streptococcus pneumoniae.

Pneumococcal pneumonia is a Lungs disease and it is the most common disease caused by the bacterium in adults. The disease is caused when the bacterium Streptococcus pneumoniae infects the lungs. It also affects other parts of the body which is free from bacteria, like spinal fluid and blood and at this stage this disease became “invasive.”

“According to recent information for theUnited States, it is estimated that approximately 300,000 adults 50 years of age and older are hospitalized yearly because of pneumococcal pneumonia, Pneumococcal disease is a substantial cause of illness and death. Today’s approval provides an additional vaccine for preventing pneumococcal pneumonia and invasive disease in this age group.” said Karen Midthun, M.D., director of FDA’s Center for Biologics Evaluation and Research.

A study was also conducted for the Prevnar 13 in which about 6,000 people with ages of 50 and plus had given Prevnar 13 in contrast people who have received Pneumovax 23 drug with Prevnar 13 were caught in adverse side effects, including swelling and pain on injected site headache, decreased appetite, chills, fatigue, joint pain and generalized muscle pain. These results also showed similarity in those who received Pneumovax 23. 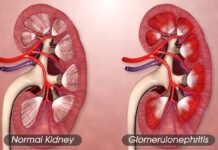 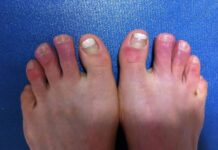