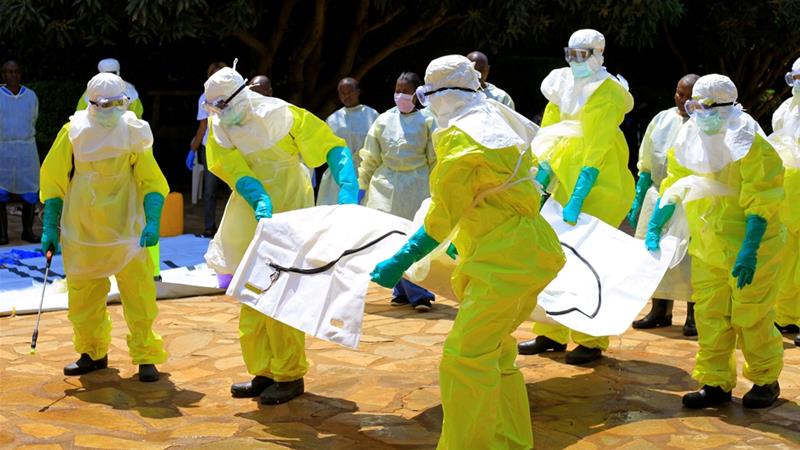 Democratic Republic of Congo’s Ebola outbreak is spreading at its fastest rate yet, eight months after it was first detected, the World Health Organization (WHO) said on Monday.

Each of the past two weeks has registered a record number of new cases, marking a sharp setback for efforts to respond to the second biggest outbreak ever, as militia violence and community resistance have impeded access to affected areas.

Less than three weeks ago, the WHO said the outbreak of the hemorrhagic fever was largely contained and could be stopped by September, noting that weekly case numbers had halved from earlier in the year to about 25.

The current outbreak is believed to have killed 676 people and infected 406 others. Another 331 patients have recovered.

Another challenge has been a mistrust of first responders. A survey conducted last September by medical journal The Lancet found that a quarter of people sampled in two Ebola hotspots did not believe the disease was real.