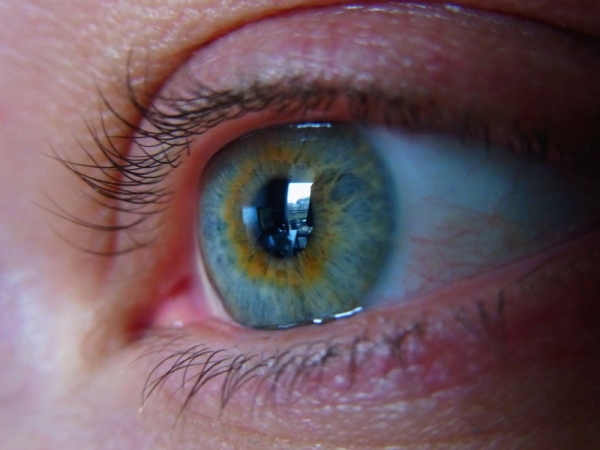 Ebola survivor Dr. Ian Crozier wasn’t the only American to experience eye problems following the disease — a new report describes eye problems in another American doctor who lived through the disease.

Dr. Richard Sacra, who works for the Christian mission organization SIM USA, contracted Ebola last year while caring for pregnant women in Liberia during the rise of the Ebola outbreak there. He was evacuated to the United States for treatment in early September 2014, and was declared Ebola-free after spending about a month in the hospital.

But about two weeks after he was released from the hospital, Sacra reported vision loss, pain, redness and sensitivity to light in his left eye. An examination showed a slight swelling of his cornea, and there were white blood cells in the space between the outer covering and the iris in his eye, the report said. Sacra was given a topical corticosteroid to apply to his eye every hour while he was awake.

But Sacra’s vision worsened, and he was given an oral corticosteroid, called prednisone. Within a week, his condition improved, and by March 2015, he had no symptoms and had 20-20 vision, the report said.

The researchers said they hope the case will spark interest in developing standard guidelines for identifying and treating eye problems in Ebola survivors.

“As there are more Ebola survivors, we’re probably going to see a significant amount of ocular complications,” said study researcher Dr. Olga Cerón, an assistant professor of ophthalmology at the University of Massachusetts Medical School, who treated Sacra. “If you catch [the problems] early on, you can really reverse and potentially prevent these vision complications,” Cerón told Live Science. [What Are the Long-Term Effects of Ebola?]

Doctors were concerned that Sacra might still be able to spread Ebola to other people if he was shedding the virus from his eye. However, a test of the membrane that covers the front of the eye and the inside of the eyelid was negative for the virus.

Another American Ebola survivor, Dr. Ian Crozier, also had serious eye problems after he was declared Ebola-free, including blurry vision, pain and pressure in his left eye. At one point, his eye even changed color, from blue to green.

Tests showed that the Ebola virus was still in his eye’s aqueous humor, the fluid between the eye’s outer covering and the lens. Doctors suspected that Crozier’s eye problems were a direct effect of the Ebola virus, which persisted in his eye fluid despite being cleared from most of his body.

Sacra experienced his eye problems a few months before Crozier did, although the details of Sacra’s case are only just now being reported.

However, in Sacra’s case, doctors never tested the aqueous humor for Ebola virus, because Sacra’s eye problems improved when he was given the corticosteroid treatment, Cerón said. So doctors don’t know if the Ebola virus was still lingering inside Sacra’s eye.

Sacra’s doctors hypothesize that an immune response to the virus likely caused his eye symptoms. Tests showed a significant increase in markers of inflammation in his body, which is a sign of a robust immune response. The white blood cells in Sacra’s eye were also a sign of inflammation, Cerón said. However, the doctors cannot rule out that the virus was the direct cause of the eye problems.

The findings also suggest that doing more-invasive procedures to take samples from the inside of patients’ eyes to test for Ebola “might not be necessary in patients who clinically improve with medical therapy,” the report said.