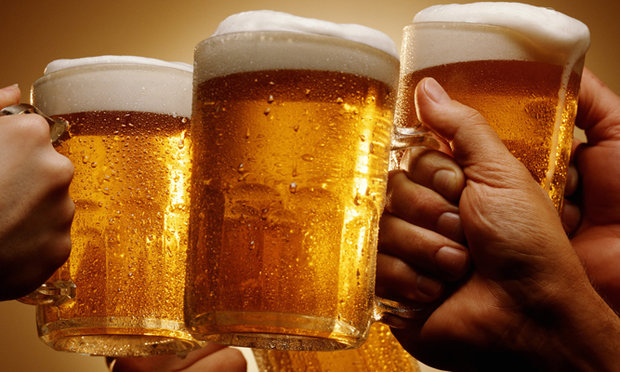 For those who choose to drink alcohol, the healthiest level of consumption is typically defined as up to a drink per day for women, or up to two per day for men. “Low-risk” drinking, meanwhile, is defined for women as no more than three drinks in a single day and no more than seven per week; for men, it’s four in a day and 14 per week. People who exceed these benchmarks are considered at risk for alcohol use disorder, as well as health conditions such as cancer and cognitive decline.

As clear as these definitions are on paper, however, identifying problem drinking can be more challenging in real life. Tolerance levels, behavior and personal definitions of acceptability can be highly variable, sometimes making it difficult to suss out who has troublesome drinking habits. But a new study, published this week in Alcohol & Alcoholism, identified five distinct subgroups of problem drinkers, potentially making it easier to zero in on unhealthy behavior and tailor treatments.

“Alcohol use disorder is not really a one-size-fits all diagnosis,” says study co-author Ashley Linden-Carmichael, an assistant research professor of biobehavioral health at the Pennsylvania State University. “This [approach] allows us to be more fine-tuned in detection and early screening and early prevention.”

Dr. Olivera Bogunovic, medical director of ambulatory services in the division of substance use disorders at Massachusetts’ McLean Hospital (who was not involved in the new research), agrees with that premise. “The best possible treatment for any illness in psychiatry is when it’s customized to a patient’s needs,” Bogunovic says. “The more we have some classifications, it can help clinicians gear the treatment a little bit and make it more personalized.”

Across the board, drinkers tended to report having consumed more alcohol, or drinking for a longer period of time, than intended. But from there, trends emerged that allowed the researchers to sort individuals into five classes of drinkers.

The most common classification, “adverse effects only,” applied to the 34% of people in the study who said they had experienced hangovers or withdrawal symptoms related to excessive drinking, but few other problems. This classification was most prevalent among young adults.

Next in prevalence, at 25%, were those at risk of “alcohol-induced injury,” through behaviors such as driving, swimming or engaging in unsafe sex while under the influence. Surprisingly, Linden-Carmichael says, this trait was most common among older adults, peaking around age 58. “I thought that was so interesting that I double- and triple-checked my data,” Linden-Carmichael says.

Bogunovic says the paper’s subtypes are “in line with what we see clinically” and “rather comprehensive,” adding that she could see using them for future patient treatments.

“A lot of people think of someone with an alcohol use disorder as someone who is in the highly problematic class, and is meeting every single one of these symptoms,” Linden-Carmichael says. “But that’s not the case. Alcohol use disorder doesn’t just look like class five. It looks like all of these.”